I just passed a fairly big milestone. And I was too busy living to remember or acknowledge it.

I think this means I’ve really, really moved on.

Three years ago, I moved out of my cute 1920s bungalow. I left behind half of my stuff and a bad relationship. I moved into a tiny apartment. I cried the entire time.

But I was wealthy in the really important ways. I had so many wonderful friends who went out of their way to help me in ways that I didn’t even know how to ask.

One of those friends took me out for drinks one cold January night. We sat in a booth and made fun of a girl in zebra-striped pants in a smoky bar. It was one of the first times I remembered really, really laughing in forever.

We made plans for white trash pub crawls. And right then and there, I decided I needed to ride a mechanical bull.

While we have visited our share of white trash bars – bars of the people, if you will – we’ve not yet visited an establishment with a mechanical bull. But the allure of the electric rodeo will not be denied.

Riding a bull has been in the back of my mind for lo these three long years. Some people want to run a marathon or visit every state. I just want to sit upon and then get thrown from a bucking mechanical contraption that’s supposed to represent a sexually frustrated mammal.

It’s good to have goals.

So, I had completely forgotten about the anniversary of my big move. I was busy doing Stuff. Take, for instance, yesterday.

Yesterday, my department at Corporate Behemoth had our holiday outing. We went to a steakhouse. We drank. We rode the mechanical bull.

I rode a mechanical bull in front of all my coworkers. I was sweating profusely, and I’m sure they saw sweat when I raised my arm a la Urban Cowboy. It seemed like I was on the bull for about two weeks, but actually, it was maybe five seconds because maybe the guy felt sorry for me and didn’t make it buck me immediately.

But, I rode a mechanical bull. My entire body hurts, I have a weird bruise on the inside of my thigh, and my hand is bruised all to hell. But here’s the thing:

It wasn’t pretty. But it’s done. And now I need a new life goal.

And if anyone suggests marathon, I’m giving you a roundhouse kick to the skull. 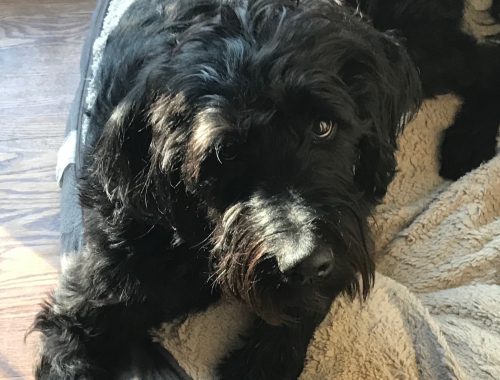 I am Linus Larrabee.