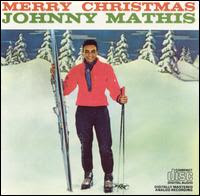 This music makes me think of wrapping gifts and making cookies. And of being very cold. I did grow up in Iowa, after all.

Now, a pain point in my parents’ 40-year relationship has always been a certain reel-to-reel tape of my mom’s. It contains all sorts of Christmas music from her childhood, and my dad just cannot stand it, even though they are the same age. (Ok, she’s two years younger, just because I know she’ll point that out. Hi, Mom!)
The reel-to-reel has long been in the crawlspace, but a cassette of this infamous tape survives. It includes songs that are never on any radio station, but really should be. To make me feel especially decrepit, I’ve been unable to find audio or even lyrics to a few of them … which adds credence to the idea that I hallucinated parts of my childhood.
Are my ears on straight? – Gayla Peevey
Little Gayla is famous for her soulful rendition of “I want a hippopotamus for Christmas,” but this song is actually my favorite. It’s the tale of a little doll who was sent to Santa for repairs and is to be delivered home Christmas day. And she’s plucky.
Will Santy come to shantytown? – Eddy Arnold
Another question song, and the single most depressing Christmas song ever. To be totally fair to my dad and his hatred of this entire tape, I would generally go hide in the bathroom when this song came on. It’s just so painful. Go ahead, click the link. You know you want to.
Little Johnny Snowball / Bow Wow wants a boy for Christmas – Red Buttons
I don’t remember much about Little Johnny Snowball, but Bow Wow is the second saddest Christmas song ever. It’s all about a puppy who just wants a boy. And there are cute little dog barks throughout the song. And in this season of missing the Geriatric Poodle and being sooooo tempted to adopt another dog? Well, this song pretty much makes me want to die.
I’m gettin’ nuthin’ for Christmas (cuz I ain’t been nuthin’ but baaad)
I can’t find who sang this, but as a child, I listened on with disdain. Surely this was a kid who ate paste.
Willy Claus – Molly Bee
This was evidently the A side to “I saw mommy kissing Santa Claus.” It’s about Santa Claus’ son, Willy, who saves the day when Santa gets sick. Willy seemed like a bit of a kiss-up, if you asked my childhood self. I guess I was looking for a song about a kid who didn’t eat paste but who wasn’t trying to take over for his old man.
Christmas don’t be late – The Chipmunks
Obviously, a classic. My mom and I do a great rendition of this one.
What weird holiday tunes make you feel like it’s really, truly Christmas?
December 23, 2008 by Becky Brown
Previous Post Next Post

I need to be alone with The Sandwich.

No, I’m not a professional spokesmodel. Yet.