Today is Cha Cha Appreciation Day. Strangely, I don’t think Hallmark makes a card for it. Yet.
I celebrated Cha Cha Appreciation Day by spending a gazillion and seven dollars on the entire Lancome skincare line. My lovely mama and lovely auntie swear by it, and, as they point out, I am worth it. So, here’s to looking 40 when I’m 70. Because really? My life is all about being the hottest cougar at the retirement village.
It’s good to have a goal.
Another important component of Cha Cha Appreciation Day was giving myself permission to skip church and instead camp out on the couch to watch the early airing of Rock of Love Bus. I know, I know – I have a serious problem if I’m choosing reality tee vee over eternal salvation. But I was cuddled up under a blankie with Lil’ Frankfurter’s head on my shoulder and Foxie Doxie all curled up in the bend of my legs. What was a girl to do?
A girl was to stay put on the couch, that’s what.
And today’s episode of Rock of Love Bus made me guffaw. Oh, this is truly the greatest show ever in the history of all entertainment, televised or otherwise. This week, the ladies had to be interrogated by contestants from past years – and the exes of the ladies were there, too. One woman got so mad that she took a swing at one of the former contestants and spit at the other one.
And this girl, who is so mean and hateful about everybody? 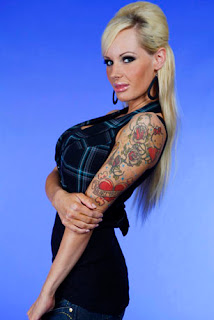 Turns out she still lives with her baby daddy! Who announced that he showed up not to help Bret, but to take the mean girl home! Because they had just done the nasty the day before she left for the show, and he still considered her his woman!
Ah, sweet, sweet Rock of Love Bus. Nobody loves me like you do.
So, the spitting girl and the still-living-with-her-baby-daddy girl both went home. So the four finalists? All brunettes!
Snarly, nasty baby-daddy girl? After she was eliminated, she said, “I can’t believe I’m going home. Good luck with Gopher and the 1986 prom queen.” 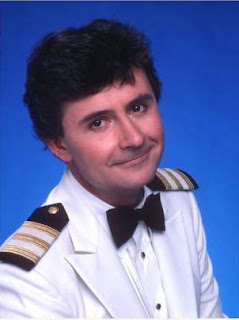 Uh?
Fred Grandy proudly represented my home state in Congress. Do not badmouth Gopher, you nasty girl.
And 1986 prom queen? Uh, in 1986, I could think of nothing grander than being prom queen, with the possible exception of being Miss America. So, just get your luggage and get off the bus you … mean, mean girl!
So, obviously, it’s been a very full, very fulfilling day.
Images courtesy of vh1.com and Google Images.
March 16, 2009 by Becky Brown
Previous Post Next Post

And now for something completely differ … err … the same.

How I spent my summer vacation, part V: Stop talking about your damn vacation already.