Nick Cage, this is how it is done.

Am I the only person who thinks that Nicolas Cage must have changed his given surname – Coppola – to Cage to save the family the embarrassment of his “career?”
It sounds vicious, I know. But the world is inundated with the trailer for his new movie. Believe it or not, there’s a weird code. And good ol’ Nick has to – I know this is a shock – he has to save the world. And his kid is all, “Are we going to die?” And Nick is all, “I won’t let that happen.”
Jeeeeezus.
Foxie Doxie and Lil’ Frankfurter think they could produce and star in a blockbuster that’s way more original and engaging.
See, there are these two doxies who are just chillin’. Their names are Ralphie and Harry. They like to sit in the sun. 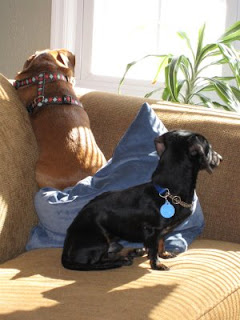 But one day, the sun brings not just warmth to the Earth. It also brings atomic death doxies.
Because Ralphie and Harry spend their days looking out the window, they see when the atomic death doxies beam down to Earth. But because Ralphie and Harry don’t speak Human, they have trouble communicating the direness of the situation to the people around. 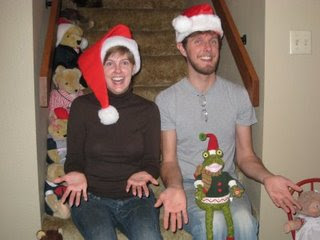 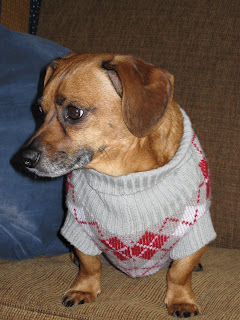 No one recognizes them in their clever disguises. 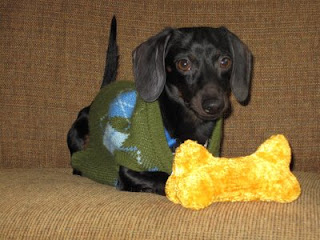 And Harry uses his finely honed deconstructive skills to rip apart the atomic death doxies’ death ray. Harry has been practicing for this moment. Many toys have given their lives to help improve his skill. 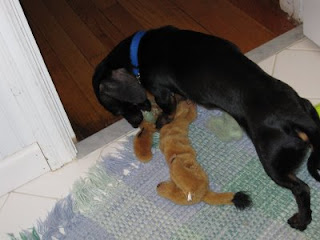 Meanwhile, Ralphie does what many a hot chick has had to do in many an action movie: he strips down and diverts attention with what his mama gave him. 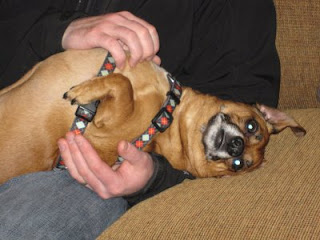 This gives Harry the opportunity to not only rip apart the death ray, but also to don protective clothing and disengage the nuclear reactor. With his tongue. 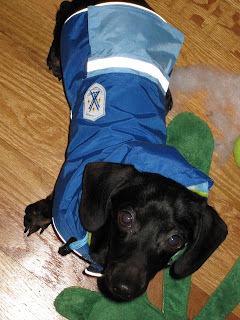 Because the atomic death doxies don’t have apposable thumbs, they are totally screwed. They can’t reengage the nuclear reactor, nor can they rebuild the death ray. So, they go away.
Ralphie and Harry are heroes! They are given many delicious treats and are allowed to roll in nasty stuff in the yard. Then, they sleep. Because they have to rest up for the sequel. 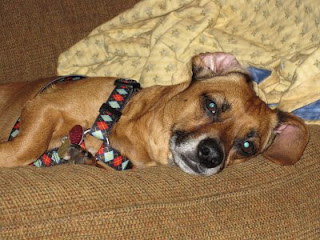 And also for the promo tour, modeling for all the marketing tie-ins and Happy Meal toys, and having groupies throw themselves at the doxies. Because being an action star? Is a lot of work, people.
March 20, 2009 by Becky Brown
Previous Post Next Post

Just when you thought it was safe.

Relaxation is an art