Fever! In the morning, fever all through the night.

I have the plague.

Or, it’s a) a really bad cold; b) really bad allergies; or c) strep. I thought it was b, but I’ve never had allergies that caused me to get so fevered while eating soup that I had to take my shirt off. Yeah, I got your strip tease right here.

So, today has been spent on the couch. I have sad news to report: with all the catty blondes gone, the nice brunette girls on Rock of Love Bus have turned against each other. I’m not angry. I’m just … disappointed.

And yesterday was a lovely day. On our morning walk, Foxie Doxie, Lil’ Frankfurter and I met Earl. Earl was walking his daughter’s dog for the second time that morning because he was bored. Earl is a retired chemist who just moved in with his daughter because his wife died December 17 and the kids don’t want him to live alone.

Sweet Earl told me, “My wife? She was a singer. Oh, could she sing – she was the soloist at her college, and they were on Ed Sullivan. Do you believe it? On our first date, she sang to me, and I had to pinch myself. An old cowboy like me, being serenaded like that? I couldn’t believe it. All of our kids can sing – they all have beautiful voices. But not me. I can’t sing a lick.”

I basically wanted to put Earl in my pocket and take him home.

Last night, I went with a friend to a very awesome birthday party. It was 200 gay men and me. I ate two of the greatest cupcakes I have ever had (yes, I ate two, because no one was flirting with me and several men told me that they would never eat in public so I could have their cupcake. I didn’t ask twice.). And, there was a drag queen who performed “Mamma Mia” and Cher’s “Dark Lady.” It was divine!

In a room off the main party area, they had old home movies of the birthday boy. He is an identical twin, and the movies showed him and his brother in all their 70s glory – the Christmas they received hot cycles, the family trip to Disneyland. Lovely.

The birthday boy stopped in the movie area briefly. He said, “I can’t watch these – they make me cry. I don’t know which one is me and which one is my brother.”

Watching two little boys jump into their dad’s arms in a small swimming pool over and over again made me nostalgic for my own childhood. And it struck me that the dad in those movies had really accomplished something. What could possibly be more worthwhile?

I don’t ask for much.

I’m in it for the food and the shopping. 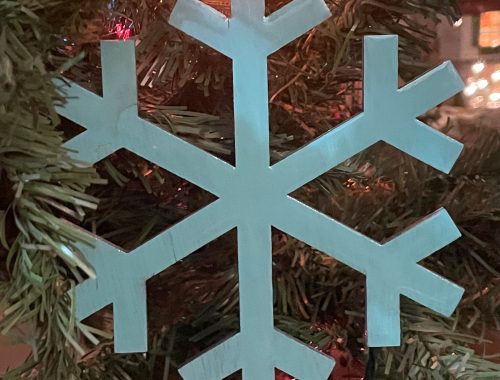 I got your word of the year right here.