The Dallas Diva recently wrote about how much it sucks to be dating. She wrote:

Why is dating so difficult? And it doesn’t do anything but get harder as we get older. As time goes by, we are more set in our ways, and it is harder to be willing to tolerate other people’s idiosyncrasies especially when I can barely tolerate my own. (I’m saying ‘we’ hoping it really is ‘we’ and not just me.)

I am doing online dating, and on one hand, it’s really exciting. And I met a nice man this weekend at a party. After a little liquid courage, I said, “I have really enjoyed talking to you. I know this is really forward, but can I give you my card?”

And he smiled and said yes and I gave him my card. No, he hasn’t called yet. That’s not the point. The point is that I did it. I put myself out there. Yay, Cha Cha!

On the other hand, he hasn’t called. And online dating is a ton of work. You have to keep track of all the different conversations you’re having with different people. And tonight? Tonight, I’m in my bathrobe and super tired and I just can’t face logging on and writing another chipper “So, what kind of music do you like?” e-mail. I. Just. Can’t.

I thought dating in college was scary. Oh, little did I know! At least everybody’s single and if they’re gay, they don’t know it yet. You know someone who knows someone else, so your chances of ending up with a total creep and not knowing it are slim. And everyone’s your age and no one has kids or a psycho ex. And you’re thin and don’t have to have conversations like, “Oh, that giant disfiguring scar? Funny story …” Because you are young and if you’re really weathered, you once knew someone who died.

And then there’s dating in your 30s. It’s deliberate. And you have to do it after working a full day and doing grown-up things, as if pretending to be a grown-up isn’t work enough. And it seems like you’re the only person in the whole entire universe (ok, maybe just your social circle) who is experiencing this particular level of Dante’s inferno.

But sometimes? It’s also really funny. Like when you admit to your friend that you were disappointed that your blind date showed up in an old, beat-down Corolla, and your friend shoots beer through his nose. And likes you anyway. And later, that friend tells you that being single isn’t so bad, because at least you don’t have a mother-in-law who steals filets out of your freezer.

So, I’m thinking we need a Dating In Your 30s Blog Consortium. Just a little blogroll of partners in dating crime. A list of sites to turn to when you need to laugh or just know that you aren’t Miss Havisham. I’m in – anybody else? Suggestions? 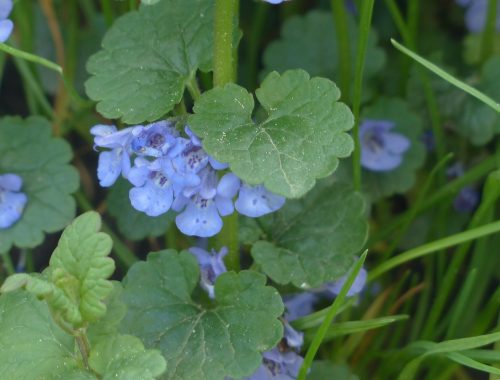 We shall call her Marjorie.