You ask questions. I make shit up.

So, remember when I was all obsessing over Miss America?

Iron Needles asked the question on everybody’s mind: Why is there a Miss Canada in the photo? Did I miss Canada (Ar Ar Ar…miss Canada!) being made a state???

Dude. I know! My friend Google tells me that Miss Canada actually competed in the Miss America pageant from 1947-1963. Who’s Miss Canada? Well, she’s the fairest girl in Canada … standing there for Canada and the world to see!

Next up? In response to my comp day recap, loyal reader Cyndi B. asked, BTW…what dog toys did you buy? I’d be willing (not happy, but willing!) to spend $40 for toys that are indestructible for the crazy beagles. They destroy every toy I buy!

I bought Jerry the Giraffe. 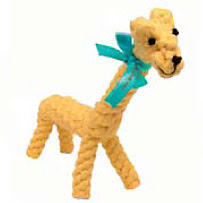 He’s a gentle soul. And a Good Karma Rope Toy from Jax and Bones. So far, Jerry is holding up nicely, just like the pet boutique lady said he would. This might be, though, because Lil’ Frankfurter is focusing all of his efforts on his new Monsterpull.

We have the green one. And now we have the one-eyed pink one, too. The green one has lasted more than a year, so I’m a believer – just know that your dog will probably feel compelled to remove the squeakers. 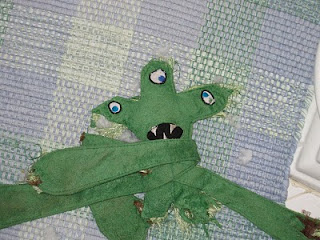 A word of warning: Monsterpulls are made by the same company that makes Pentapulls. They are not the same thing. 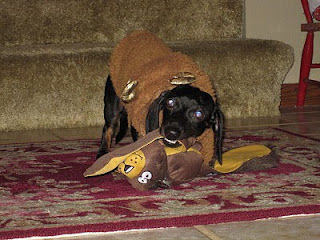 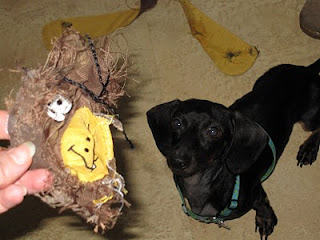 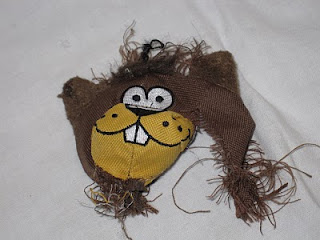 Monsterpulls rules. Pentapulls are for wusses. And yes, I realize Lil’ Frank looks first like a mighty Viking hunter and then like a cold-hearted serial killer. That’s my kid!

Uh, yeah. Let’s refer to a text message I received from my friend KG on Saturday morning:

I’m helping my friend Pammy today. As a thank you she made a cake recipe from your blog, minus the hooker opossum. The cake is some good shit. I will be sitting on my couch with the pan later.

And that’s all I have to say about that. Next question?

An open letter to 12-year-old girls everywhere, wherein I disclose what I learned from not wearing deodorant for 6 weeks.