At least I don’t have to teach them long division.

Is there such a thing as a low-maintenance dog? 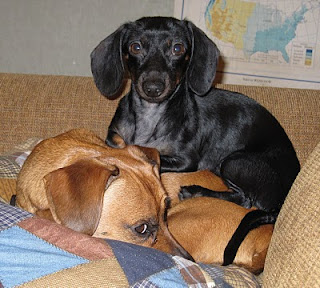 I ask because last night, Foxie Doxie dug around in my purse, finding a pack of gum. He promptly took the package to his pillow in the living room, which turned out to be a tactical error. I heard the sound of teeth on paperboard, and removed the gum from his jaws.
But! Had there been three pieces of gum in the pack? Or two? Because there were only two.
Dammit, Foxie.
We’ve been down this road before. About two years ago, Foxie ended up at the vet after eating an entire package of Trident. The vet was full of all sorts of cautions – lowered heart rate, liver damage, kidney damage – all due to xylitol. This shit is real. But what happened to Foxie?
He dropped trow in front of me and a vet tech, pooping a colorful array of orange gum and Trident wrappers. No sweat. 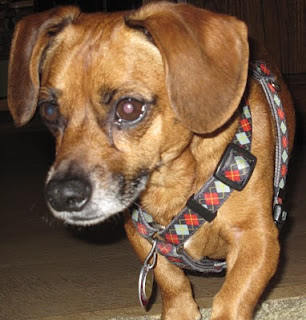 But last night? Well, it was Orbit gum, which has a higher xylitol content than Trident. And I was paranoid. So I poured hydrogen peroxide down Foxie’s throat.
He was not pleased. But he didn’t throw up.
I got some more peroxide down him, at the cost of some of the skin on my hand. But still? Nothing, except a very apparent disdain for his mama.
Finally, at 11:30, My Guy called his sister, the vet. We all figured that Foxie would be fine if he only ate one piece of gum, but he’d probably end up puking eventually.
He never threw up. But this morning, he got his revenge by tracking 27 pounds of mud inside my house.
I got my revenge by giving him a bath.
Lil’ Frankfurter felt neglected and – I am not kidding – demanded a bath as well. 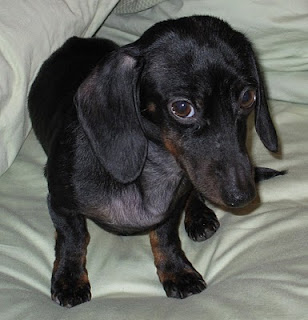 Then? Lil’ Frank proceeded to bleed all over the house because the dry air is making his crazy-sensitive skin even more crazy-sensitive than usual. All four paws feature bloody pads. Neosporin and quiet time were in order.
And yes, I fell asleep on the couch with my dog. Is it any wonder I am exhausted?
February 27, 2010 by Becky Brown
Previous Post Next Post

Praise dog from whom all blessings flow.

Some things? Just not meant to be.

Three people who change my life every day.*