Play along at home!

I spent most of my day battling an access issue with Corporate Behemoth. As in, Corporate Behemoth is requiring me to use an online tool that requires that I update my browser, which Corporate Behemoth will not allow me to do.
It’s basically making me feel like a giant loser, even though I’m really a smartypants who just happens to work for giant losers.
So, to make myself feel better, I’m going to focus on an area of my life in which I am not only a giant winner, but really, if we’re being honest? I’m also the undisputed lifetime champion.
So, Foxie Doxie and Lil’ Frankfurter tend to view the world as one giant dog bed. I know they aren’t the only canines with this world view. My Guy’s labradoodles hijacked his grill cover and it now fills the role of Canine Futon.
My Guy and I noticed, though, that Foxie and Lil’ Frank view us as the most prized of all dog beds. My Guy is Lil’ Frank’s Favorite Human Ever, and so there’s often a dachshund somewhere on his person. Foxie likes to recline on my head. It’s cool. 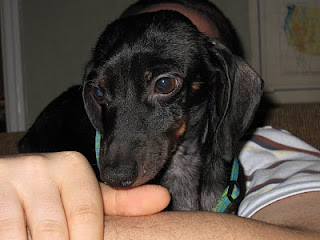 Except when it’s not cool. Like when certain dog parts end up touching certain human parts. 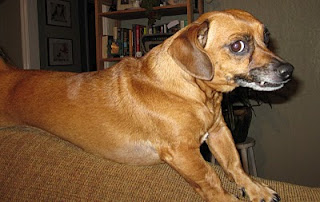 And that’s how My Guy and I established The Dog Anus Game.
Yes. You get points anytime you realize there’s a dog anus touching you. It’s pretty straightforward. I suppose you could keep a written tally, but this really wasn’t an issue for us. I was, far and away, the leader in all things dog anus.
We’d be watching some crappy vh1 dating show and I’d realize that Foxie’s tail was resting on my arm … which meant his booty was resting against my elbow … and I’d just scored in The Dog Anus Game! Or I’d wake up to find Lil’ Frank sleeping between my calves, his tail elegantly splayed across the bed … and his pooper resting comfortably against my dermis. Score!
It was all fun and games until one night when we were all hanging out on the bed. The humans were chatting and the pups were tired and cuddling up. Foxie Doxie was curled up by my head, exhausted. My Guy and I talked. Foxie shifted. And it was in that moment that I won the Super Bowl, World Cup and World Series of The Dog Anus Game.
Foxie Doxie brushed his butt against my face.
My Guy and I immediately started laughing. And then, because I am a horrible sport? I didn’t immediately wash my face. No, I first took a victory lap around the bedroom, singing “We are the Champions.” And then I rubbed my face against My Guy’s pillow. Then, and only then, did I wash my face. For, like, 17 minutes. With scalding water.
But, like I said: we all need to be good at something. And today? This is what I’ve got.
July 27, 2010 by Becky Brown
Previous Post Next Post 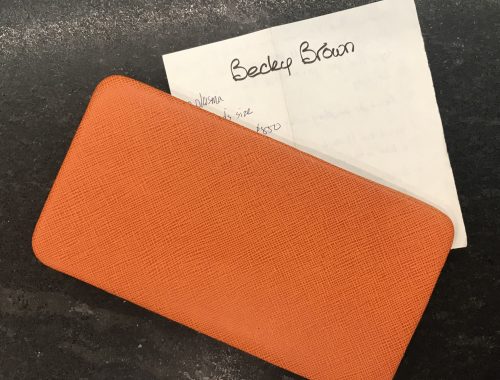 In defense of my too-many-dog-having ways.