I like New Realtor Guy – he seems to me making things happen. But I don’t like all these people traipsing about my house. I can’t help it. I came home after the realtor open house to find that my house smelled like cheap, stale pizza; one of my bedroom windows had been left unlocked (super cool!), and someone had used the bathroom and left the lid up (bad feng shui and a personal pet peeve).

And then? Then, there was the feedback from the realtors.

I got a lot of “Rooms are too small” and even one “Garage too small.”

Dude. It’s a post-war, two-bedroom ranch. What do you expect? This actually made me think of Roger Ebert – the great thing about his movie reviews is that he judges a film based on what it’s trying to be. He doesn’t judge something like The Hangover against Citizen Kane. He seems like a very karmically minded guy who tries to see the best in every movie, and I like that.

The realtors might take a few notes on that approach.

Along with the “too small” comments, it was suggested that I put a rug down in the mudroom. Fine. Done. But the real kicker?

I have a huge, gorgeous, framed copy of this in my living room: 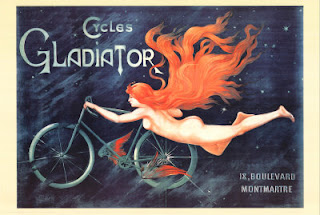 I adore it. However, there is evidently a Puritan Organization Of Professional realtors (POOP) in my town. And all of POOP’s members saw fit to provide feedback saying “Replace naked lady picture in living room – inappropriate.”

So … I had been having this DAY, you know? And my house smelled like cheap pizza and someone was obviously planning on breaking in later through the unlocked window, and people had been touching my stuff. And I lost it.

But then I went out for Chinese food with my friend L to That Place That’s Always Closed and had some restorative hot and sour soup and then things were better. However, I’ve realized that I am one of Those People who are emotionally attached to their home. Freakishly attached.

But, if we’re being kind … who could blame me? I had $25.35 to my name when I decided to leave an abusive relationship. I worked my ass off and bought a house a year and a half later. I’ve remodeled the house, and figured out who I am in the house.

Now, I’ve emptied the house of almost all of my personal stuff in hopes of selling Casa de Cha Cha – and I get razzed for the one Cha Cha-type thing left in the house.

Well, POOP can suck it. I’m tempted to put a pasty on the one exposed nipple on the picture and call it good. But my mom really put it in perspective and made me laugh and laugh and laugh. She e-mailed, “Betcha they were really snooty realtors who won’t touch a property that lists under $2,000,000,000,000,000.00.”

I don’t even know how to say that number.

In our real estate wanderings, My Guy and I found a $4.5 million home that has – are you ready? – a ball pit, complete with slide from the story above. Yes. There’s a home in town that was designed with a ball pit, like they have at Chuck E. Cheese.

That’s probably why our houses aren’t selling. No ball pits.

We’re not equal. I’m much smarter.