And … we got married!

And there’s so much to write about that I don’t even know where to begin. Here’s the Cliff Notes version:

I’ll post stories and details. But for now? Here’s one of my favorite photos, with a caption courtesy of My Guy. 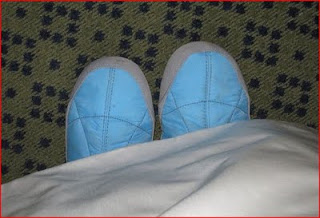 Cha Cha 5 minutes after the wedding. Letting herself go in record time.*

*For the record? My Guy brought my beloved slippers to the hotel. He obviously knows my idea of luxury.

An open letter to my husband on our third anniversary.