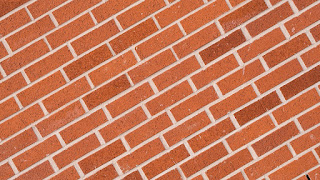 So, I almost started bawling in a stranger’s kitchen.

This weekend, my family was given a tour of the house my grandparents built. They lived there from 1961 until they moved to assisted living in 2001. And lemme tell ya – those 40 years were packed with kids and grandkids and cousins and meals and card games and the stuff of life.

My brother and I grew up about seven minutes away. So, we spent a lot of time with our grandparents. At a certain age, I came to feel like I was being dumped at their house. But my grandparents were kind, loving people, and they just rolled with it. Maybe that’s what happens when you’re looking down the barrel of 80 but still offering to watch your grandkids. You make them oatmeal in the morning and tomato soup at lunch and something with green beans and rolls at night and you just roll with it.

Their home was always well-tended, even as such tasks became more difficult. After we sold the house, it fell into disrepair. My mom warned us never to drive by. I would gaze upon it from down the hill, two blocks away. From that vantage point, it seemed OK. I could roll with that.

Now, a couple my parents have known for a while (OK, like 40 years) has purchased the house. They fixed the moldy soffits and dug all the trees out of the gutters. On the spur of the moment, they invited us in.

We stood in the garage that my grandpa had paneled. The screen door to the kitchen was the same. My grandpa had undoubtedly built the cabinets next to the door, too. And as we stepped over the threshold, I felt a tidal wave in my heart. I’d stepped through that door thousands of times – most notably to rush to the kitchen sink to puke after a particularly bumpy school bus ride. This time, I didn’t worry about which side of the sink had the garbage disposal (I’d gotten it wrong last time – sorry, Grandma.). This time, I wondered if I would cry.

The floor was new and lovely. The cabinets had been painted a cheery cream. The dinette was tiny – how did we fit five people around a table in such tight quarters? The brick fireplace had been painted and a rustic mantle hung where the plastic fruit used to drape out of a metal basket thing that can only be described as, “You know, like from the 60s?”

The new homeowners had done everything that every HGTV show tells you to do to make a home your own, to freshen a house that may be a bit dated.

I wanted to tell them that their furniture wasn’t quite in the right spots – the TV goes *there* and you need to make room for a piano against *this* wall. But if it had been the same sea-foam green carpet that I remembered, that would have just been sad.

These folks were obviously very excited about their new home and the changes that they’d made. It looked lovely, even if it was a bit jarring to find that it had changed at all. The pink bathroom was gone – the tile had crumbled when the plumber tried to repair the shower. And what was always my room – what had been my dad’s room during his high school days – had become an office with an expanded closet to hold the laundry.

But that’s where I sorted my grandma’s clothes after she died. I sat on the bed and smelled her dresses.

But that was also the same bed where Grandma lay with her arm over her eyes, too exhausted from the stress of moving. I had been tasked with keeping her company while the movers loaded up furniture for what she was sure was a temporary move to an assisted-living facility 90 minutes away. At the time, not many small-town Iowans of a certain age got to stay close-to-home.

I tried to keep her mind off the fact that her home was being emptied. She told me about how on their last night of a European vacation, she and Grandpa had been too tired to do anything. So, they went to the movies and saw “My Fair Lady.” And she listened to me talk about a dress I’d just bought, and how I thought my boyfriend was emotionally scarred from his parents’ divorce and it was keeping him from proposing.

She kept her arm over her eyes, but she listened to every word. “Well, he just needs to get over it,” she responded.

When the new homeowner was showing off her new washer and dryer and how it fit into the new, larger closet, I gave a cursory glance. Then, I walked back down the hall to wait for my family in the entryway. The new homeowners had a little table where the grandfather clock was supposed to be, but I rolled with it.

When we left, I touched the woman’s arm. “We had such good, good times in this house,” I said. “I’m excited for you and your family to do the same.”

That’s the news for now.