Making peace with my emotional maturity. Also? Why doesn’t someone ask me to prom?

Keeping that sense of possibility has sometimes been a challenge. At 41, I am still coming to terms with the fact that I will most likely never be an astronaut or Miss America. But I still have lots of other options.

I realized today that yet another door has closed and my world is getting smaller.

I am never going to prom again.

I try to keep up with prom fashions. And my mom and I faithfully watch the local high school’s promenade on public access cable every year. The kids are no longer the younger siblings of my younger brother’s classmates. Now, they are the kids of my classmates. Or – gasp – the kids of kids I babysat.

My name is Becky. I’m 41. And it would be mega creepy if I attended prom.

I loved prom because I liked to dress up. And picking out a dress was soooooo fun. My mom and I had a ball. Now? Now, I have a wedding to attend on Saturday, and instead of being excited about dressing up, I am wondering if I really have to shave my legs. After all, no one looks at you if you’re not the bride.

But prom? Prom was dressing up with your friends and delighting in how adult it all seemed. Which is funny, because prom is pretty much the least adult event ever. Nowhere in adulthood are there streamers and themes like “Enchantment Under the Sea.” When you walk into the bank or the hardware store, no one is wearing corsages. They don’t even have balloons or punch.

Maybe it’s for the best. Prom is honestly a lot of hype for a just pretty OK event. Don’t get me wrong, I loved it. But in the grand scheme of things? I’ve had more fun at a football game.

The one part of prom I refuse to give up? The fashion. I love the dresses and the sparkle of high school kids who feel fancy.

But you know I also have a bone to pick with some of the dresses. And here’s where I torture you as I am being tortured. Once I saw this, I realized I couldn’t unsee it. Now, you are in the same boat.

These dresses by Sherri Hill are youthful and cute. 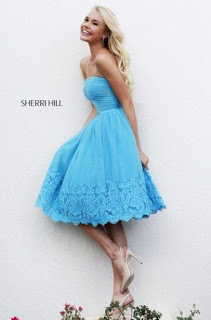 But there’s something weird about the models. 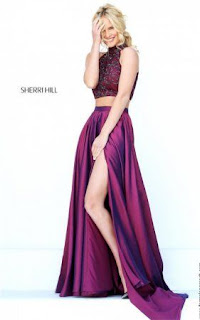 They all look … uncomfortable. 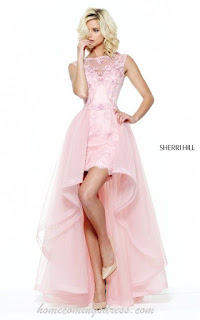 This girl is trying to make the best of it, but she can’t help but wince with pain. 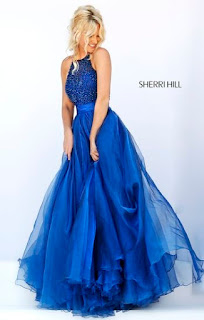 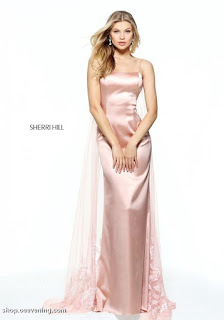 … they have raging yeast infections. 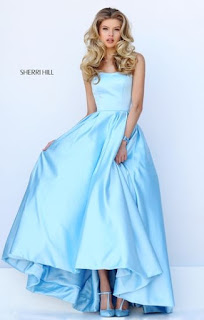 It’s not just me, right? This looks horrible. 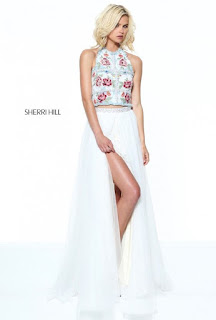 If going to prom means getting a yeast infection, I’m totally cool with staying home. This girl looks miserable. 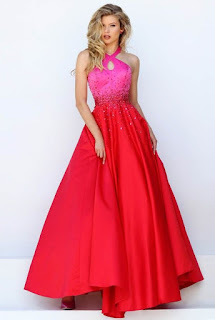 This is not the first time I’ve thought this. I guess the brand is going for a youthful vibe and a certain year-over-year consistency in their modeling poses. But having some sort of crotch-based hand or leg-crossing in every shot does not say “fun and flirty” to me. It says, “I need some yogurt, stat.”

So, maybe it’s OK that I’ve officially aged out of prom. My properly balanced hoo-ha is just fine at home in yoga pants. Thanks.

Why I’m in jail for homicide. 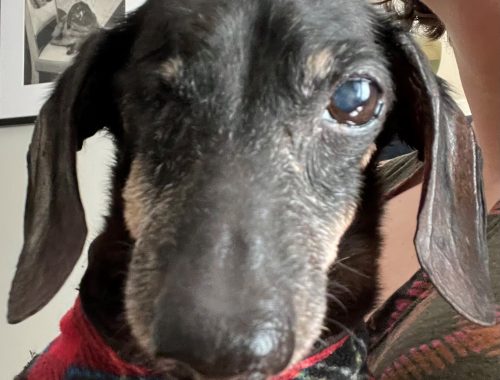