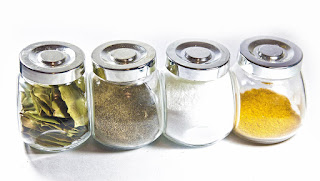 Listen. If that title isn’t an SEO gold mine, I don’t know what is.

Today was my follow-up med check with my doctor. You know, the appointment in which you have to be somewhat crazy (“Please refill my prescription.”) but not too crazy (“Like, I don’t need to be committed or anything.”). It’s a fine line. It stressed me out.

My doc is so, so nice. We talked about how I’m feeling (Better but anxious like worrying is my J-O-B.). We talked about adding another med (In theory, I’m against any med that makes you need another med, but at this point? I DO NOT FUCKING CARE.). And then she gently said, “You know, some people just need to be on these medications. Their brains don’t produce these substances and there’s no stigma to being on medication long-term.”

And then I cried just enough to get red-faced and blotchy.

And then it was OK. Except I was all blotchy and had that “Oh, she just cried” look. And we get health care through my husband’s work, so the clinic is in his actual office building. And I was meeting him for lunch, in the cafeteria, amongst hundreds of his peers.

Sigh. I just decided it was fine. My handbag arsenal consisted only of lipstick, and adding more pink to the situation wasn’t going to help.

I met My Guy and he showed me around the café … which is redonkulous. He works for a tech company and the cafeteria is a lot like Google, except you still have to pay for your food. But it’s basically the fanciest food court you can imagine with all sorts of options.

I’m a vegetarian, so finding non-lettuce food can be a challenge. But the Indian station had several veggie options. We ordered at the fancy kiosk. And then I waited for my food at the Indian station. It’s all very high-tech – they have a video board and you can watch your name move up as they fill orders.

So I waited, and the guy behind the counter was yelling at people and quickly filling orders. Finally, it was my turn.

I stood at the counter. And the fast-moving yelling guy just stopped and looked at me.

I just looked at him. Because duh.

He tried again. “This is SPICY.”

Finally, he was sort of like, “Your funeral, lady” and threw some food in a container and threw it at me.

I got racially profiled at lunch!

For the record, the food was spicy but it wasn’t SPICY. It was “I drank a bunch of water” spicy, not “Give me all the dairy products to put in my mouth forever” spicy. It was delicious and I ate all of it.

The lunch date with My Guy softened my heart about, you know, being on 17 antidepressants until the end of time. (OK, two. Two antidepressants.) Because he is cute and funny and was impressed that his little white lady wife ate all the spicy Indian food after the trauma of being racially profiled.

I mentioned this story to my friend who is Fake Asian. She grew up in Iowa but is Korean but … SHE GREW UP IN IOWA. She reported that when she’s out with white friends, she can order Thai food that’s a seven on the one to 10 spicy scale and the waitstaff doesn’t blink. But if a white friend orders a seven, the waiter is invariably all, “Oh, are you sure? That’s super, super hot.”

Are people with less pigment genetically incapable of eating spicy food? Did I miss something?

To be fair, I was blotchy at lunch. Maybe the fast-moving yelling guy thought I’d already ingested something too spicy. You know, something like Sprite.

Thanksgiving just got real, yo.