I’ve got a real problem with necks.

A dear friend recently asked me out of the blue, in public, “I noticed you have all those bumps on your face and neck. What are they? Are they going to go away?”

It was like a maggot-filled squirrel carcass had been dropped in my lap. What? I was shocked and didn’t have time for the gracious response. Instead, my mouth opened and I said, “Yeah. That’s from when I was trying to get pregnant. I didn’t get a baby but I did get a horrible facial deformity. It’s permanent. Not that I’m bitter.”

For those playing along at home, I’m referring to the bumps along my jawline that are basically uterine fibroids on my face. Since they’re on my jawline and mercifully not painful, I kind of forget about them. But they’re obviously … obvious.

I’ve been ruminating on why this exchange bothered me. Is it because we like to believe people see our fantasy selves instead of the uterine-fibroids-and-all truth? When I had a black eye, I was amazed by how many people didn’t notice it or pretended not to. Are we just used to people not seeing us? Or do we depend on the dream that our faults aren’t discernible to the naked eye?

In the midst of my navel gazing, I went to the grocery store. Under even the best of circumstances, this trip makes me moderately homicidal. This day was no exception.

There was a couple bickering over what type of bread to purchase. They had an infant in their cart and were sporting sweatpants that suggested sleep and laundry were not happening on the regular. They weren’t adorable new parents – they were haggard and haggling and not being their Oprah best selves.

The guy also had a series of huge neck tattoos that had clearly not been considered all together. They had been plotted individually, and he’d hoped they’d make a pleasing whole.

The tattoo closest to my critical harpy eye was some sort of green monster. It was not a known character. Maybe it was his own art. Maybe it didn’t turn out the way it was supposed to. Or maybe it’s exactly what he hoped for and a representation of how all his dreams were coming true. But I looked at that tattoo with disdain and thought, “Oh, fer Christ’s sake. You clearly make horrible life decisions and yet even you are entrusted with a baby. Fuuuuuck riiiiight offfffff.”

It was not one of my kindest, most loving moments.

I am a selfish, horrible person, which is not a surprise. But I was surprised by my vitriol towards this man. The thing about infertility is that after a while, it’s fine. Fine-ish. Fine-adjacent, anyway. And then it pops up like the gopher in “Caddyshack,” all “Hey! Remember me!” And you’re all, “Sonofa bee sting! What the hell?” 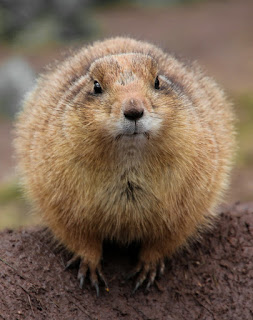 I hope I didn’t give neck tattoo guy obvious stink-eye. If I did, it wasn’t about him – it was about me, which I guess is a good lesson. I’m trying to find a larger, feel-good life lesson for all of this. So far, what’ I’ve got is “Don’t look at people’s necks.”

I don’t think that offers a lot of value. Like, it’s not going to get me on Oprah’s “Super Soul Sunday,” unless it’s a very special episode wherein everyone wears turtlenecks.

Or maybe it would be an episode that’s all, “I have a black, black heart, but I’m trying. What about you?”

Of course we talked boobs at the family reunion.