Tonight, our pack is gathered ’round the teevee, watching DOGSHOW!

It’s the Westminster Dog Show, and My Guy initially rolled his eyes at my viewing choice. However, I will give you exactly 1 guess as to who is oohing and ahhing over the especially adorable dogs. While holding a sleeping dachshund. And commenting on a dreaming labradoodle and how she is clearly running in her dreams.

Now, clearly, we are not dog experts. Well, not experts on well-behaved dogs, anyway. I’m pretty sure none of the handlers on DOGSHOW! uttered the phrase “We DON’T make POOPIE in the HOUSE!” today. I got one up on ya, there, dog handlers! Thinkin’ you’re so great with your dogs that don’t try to mark everywhere and don’t bark at air. Whatevs.

So, we’re not dog experts. And we’ve never been to a real-life dog show. And my husband is A Dude. But even he noticed that all of the female handlers are dressed atrociously. Is there some sort of rule about wearing matronly suits with Malibu Barbie suntan pantyhose? Are women not allowed to wear pants? Does DOGSHOW! operate in the dark ages?

In my fantasy, there’s a special DOGSHOW! fashion outlet that sells these hideous suits. It’s undoubtedly in a secret strip mall, next to that shop that sells cool jeans only to rock stars.

Interested in a gratuitous dog tongue photo in honor of DOGSHOW!? 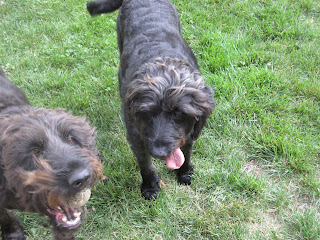 In other news, it’s been about a month since Foxie Doxie got a belly band to hopefully curb his marking. Big thanks to Mrs. G. and commenter JL for suggesting it. Well, I doubt Foxie would thank you … he haaaaaates it, even though it’s a sassy argyle that totally fits his personal style.

We’ve been calling it his “Man Belt,” in hopes that he will feel like a stud and not like he’s having his manhood compromised. It’s been kind of effective in curbing the in-house peeing. However, Foxie has figured out that he can roll it down by doing an army crawl across the floor, thereby freeing his ween for free-will in-house urination.

Cue me planting my face in my hands.

We’re working on it. 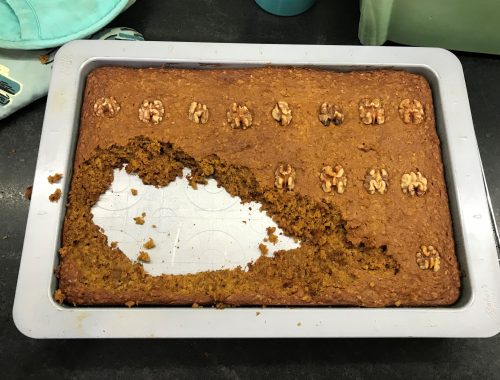