Does this make me an old lady?

A few days ago, Mr. Wonderful and I crossed another concert off our bucket lists – we saw Bruuuuuuuce. 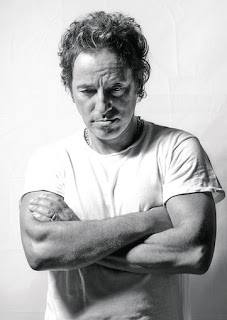 Finally, our boy Bruuuuuuuce came on … 80 minutes after the time printed on the tickets.

Now, I fully expect concerts to start half an hour late. Forty-five minutes was even borderline acceptable. But by an hour? By an hour, I was starting to get annoyed.

Don’t get me wrong: Bruuuuuuuce brought his shit. And he’s still got that something something that makes a woman say, “Hmm!” The band was great and the show was so high energy that I considered what would happen if Bruuuuuuuce and My Boyfriend Dave Grohl had a rock-n-roll baby. I shuddered at the arena-destroying thought.

Bruuuuuuuce played for three hours … and lots of people had to leave before the show was over because they had to get back to babysitters. On a school night.

So. Old biddy? Or perfectly reasonable?

What is wrong with me?