So, what would you do if you discovered that your dog may have peed on your hairdryer?
Welcome to my world.
Lil’ Frankfurter still isn’t totally housetrained. However, when he does have accidents – well, what I’m calling “accidents,” what he’s calling “just another bathroom choice” – they are either near the door or in the bathroom.
Right. So, we’re getting closer.
Last night he pottied in the bathroom. There was a spot in the middle of the floor, and a puddle between the wall and … my hairdryer. Because I left my hairdryer on the floor. Because I am a moron.
Now, Lil’ Frank has many skillz. If you’re looking for a dog to destroy toys or nudge a ball under the bathroom vanity, he is your man. However, I have not seen him display sharpshooting urination skillz. His ability to pee between the hairdryer and the wall without straying from his target is unproven.
There was no obvious urine on the hairdryer. I smelled it, and it smelled like it had been sitting on the floor next to a puddle of pee. Ok, that’s to be expected.
And I have an extra hairdryer, so I can just start using that one. But … what about the hairdryer that may or may not have been peed on? Do I throw it away, adding to the disaster that is our landfill situation? Do I wipe it down and save it for non-hair-related situations that might require ionic drying power? Or do I wipe it down and give it to Goodwill, subjecting some poor, unwitting person to possible urine-tainted hairstyling?
It’s a $12 hairdryer from Target. It’s not a big loss. It’s just a logistical quandary. And the one guy who knows what really happened? 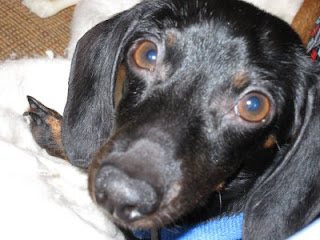 Get your shit and get the eff out.