We don’t need another hero.

When Lil’ Frankfurter visits my parents, he tends to get all bloody. The stairs and wall-to-wall carpet in their split-level really do a number on my little man’s delicate paws.
You might recall Lil’ Frank’s Flashdance moment. Lil’ Frank + My Mom + Gauze = Awesome! 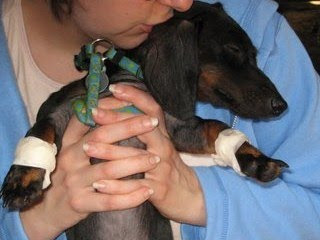 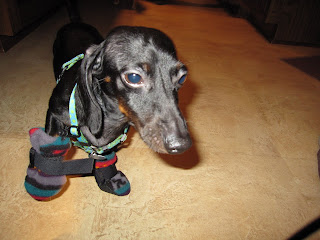 Which, let’s be honest, was hilarious.
So, if we couldn’t protect the pup’s paws from the carpet, we needed to find a way to keep the kid from the carpet. Lil’ Frank generally does not approve of any Doxie Containment System. Check out how he handled the $60 travel crate in which I had the gall to contain him for a whole hour and a half during Christmas Eve mass. 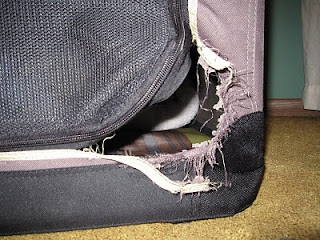 I know. I know!
Finally, we got the brilliant idea to get the baby gate out. Lil’ Frank + Baby Gate + Back Hallway + Tennis Balls = Doxie Thunderdome! 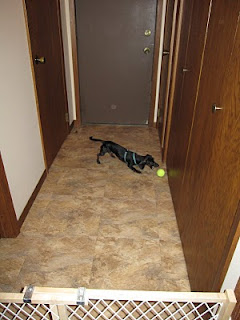 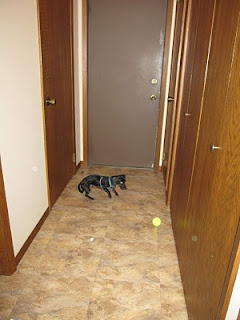 It was like a giant doxie playpen, except that he required – nay, demanded – constant supervision. He loved being in the thunderdome as long as someone was there at all times to throw one of his tennis balls. 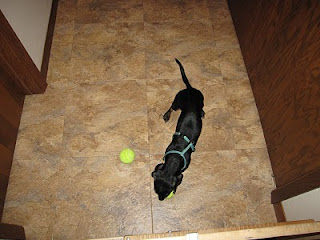 We didn’t keep him in there a lot, just enough to get him tired out away from the carpet. I must admit, though, that I kept hearing Tina Turner in my head, and considered that perhaps I should be wearing a get-up like this to throw tennis balls. 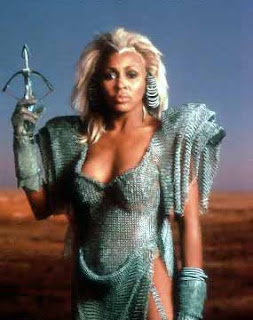 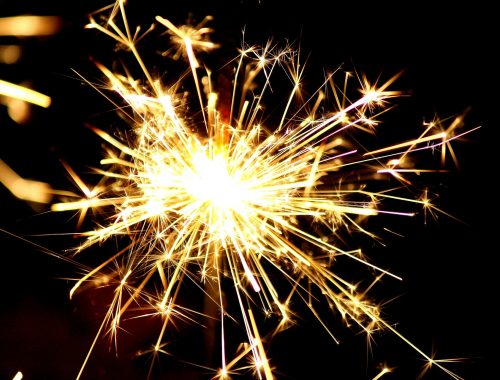 Shake your money maker. Or sack of potatoes.