My brother Poochie was born on Halloween. Despite the fact that she had gone to the hospital in the middle of the prior night, my poor petite mama struggled with that giganto baby until well after trick-or-treating was over.
However, I had certain safeguards in place should my trick-or-treating be endangered by an ill-timed baby. Basically, I insisted that my mom finish my witch costume in August. So I was all ready to go begging for candy with my mom’s friend and her daughter since my own folks were busy. Whatever. I was 5 years old.
I returned to my grandparents’ house with a huge bag of candy, but all I wanted was a bowl of Grape Nuts. I was seated in the dinette with a little glass bowl of heaven when the phone rang.
My grandpa answered it in the other room. I heard his familiar, even “Hello,” and then I heard him laugh. His laugh filled the house and came from his toes. It echoed and made everything brighter.
He then told me that the phone was for me. I picked up the receiver in the dinette, and my daddy told me that I had a baby brother.
My grandpa’s laughter is key to this memory for me. It’s the soundtrack of that moment in time. So, it’s only fitting that when the phone rang at 7:30 yesterday morning, my mom and my dad and I all laughed with glee – that same sort of laugh.
Poochie called to tell us that he’d asked his sweet girlfriend to marry him. And she said yes. And they were playing hookie to go find a ring.
It seems my baby brother is barely old enough to drive, much less get married. But he is old enough, and in love enough, and brave enough, and crazy enough. I am so, so excited. 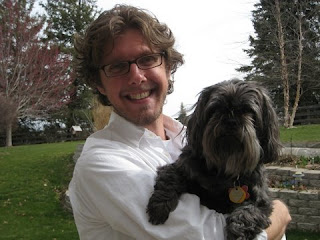 I don’t even care that they aren’t double-stuffed. I DON’T CARE!

It’s a sling. That they put in your hoo-ha.

Know your colors, know your fabrics.