Foxie Doxie and I just got home from a lovely dinner date. We visited some friends I’ve known since forever, their 5-year-old son and soon-to-be 3-year-old daughter.
Foxie Doxie thoroughly enjoyed himself, as the kids enjoyed sneaking him chips and even a piece of steak. Life is good for Foxie.
And I? Had a really hard time being a responsible adult and not laughing hysterically at stuff that was so funny but that shouldn’t be condoned. Like, a little boy trying to drop his sister’s socks down the front of my shirt.
Although I was assured that there was no editorializing going on, I can take a hint, buddy.
My favorite, though, was the soon-to-be 3-year-old telling Foxie Doxie that he should come to her birthday party. Her dress-up birthday party.
When her mother pointed out that it was a dress-up party and perhaps Foxie Doxie wouldn’t be comfortable, this brilliant child gave her mother that look. And then she announced that Foxie could dress up as Diego, from Dora the Explorer.
It all made such perfect sense to my little friend that she was annoyed at the closemindedness of her adult companions. We really do get in the way with our nonsense.
Yesterday, I drove to Des Moines on the spur of the moment to meet my mom for a brief shopping excursion. It was a stupid thing to do. The weather wasn’t great, and I spent more time in the car than I did with my mom.
However … it did make perfect sense in that dress-Foxie-up-as-Diego way. I got to see my mom. We had a great time and are on the verge of being True Believers in Lancome. And mostly, I felt exhilarated to do something sort of crazy, especially since I didn’t have a real reason not to do it.
It felt like stretching of the why-the-hell-not school. I didn’t do it because I was supposed to or someone else wanted me to. I just did it because I wanted to and because I could.
I’ve been hemorrhaging money the last few months. I’m pretty frugal, so my idea of hemorrhaging money is probably more of an oozing wound versus a massive trauma. But it occurred to me that I’m buying stuff I like as sort of practice, practice to prove to myself that I can get what I want.
Funny concept, huh?
But if I can want a pair of boots and then just buy them, it sends a funny sense of empowerment into my brain. That little brain is starting to put two and two together to realize that I can want substantial things and then get them. Like peace of mind. Like happiness. Like reaching goals.
It makes Foxie dressing up as a cartoon character seem not so crazy or out-of-reach.
January 12, 2009 by Becky Brown
Previous Post Next Post

Get your shit and get the eff out. 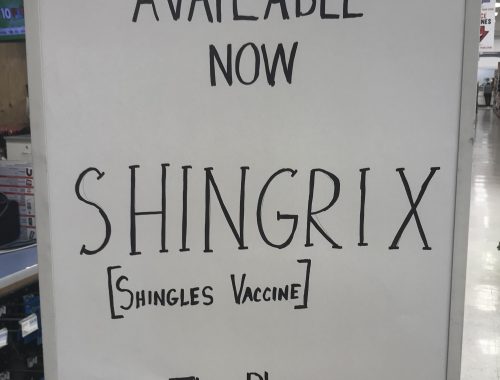 How I spent my summer vacation.