Big trouble with a little dog.

Lil’ Frankfurter’s destructive habits are well-known. He has enjoyed destroying various paper goods – envelopes, the stray newspaper, boxes. He redecorates by pulling Foxie Doxie’s bedding all around the house. And he rips toys apart. 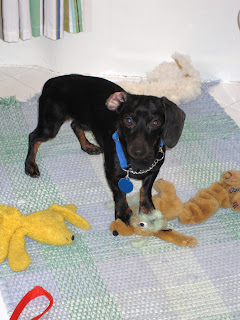 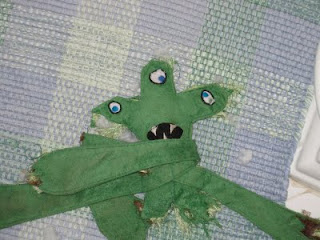 Lil’ Frank started puking his guts out on Sunday night. Allll of Sunday night. Like, I got maybe two hours of sleep Sunday night. We were at the vet’s office when they opened on Monday morning. X-rays showed that the kidlet had a foreign body in his tummy. We went home with the hopes of passing it.
We went back last night because he couldn’t stop gacking and was totally disinterested in food. He slept until about 2 this morning and then paced the rest of the night.
Yes, we were at the vet again this morning when they opened.
New x-rays showed that the foreign object hadn’t moved. We went to the emergency vet for an endoscopy. The emergency vet didn’t like the look of the films and so did an ultrasound. The ultrasound showed the small intestine was involved. I hauled Lil’ Frank back to the regular vet. He had surgery this afternoon.
My kid? Was chock full o’ plastic and fiberfill. From his toys. They had to make three incisions to clean him out. He weights eight pounds. I don’t know where they fit three incisions.
This is a little different than the time he ate the dental floss.
One of the darling vet techs took him home with her tonight so that she could monitor him. She gave me her cell, called me when they got to her house and got settled, and promised to call if anything should change in the middle of the night.
I’ve spent most of the day in the car, driving from one vet to another. I’ve slept maybe five hours in the last two days. I want to throttle Lil’ Frank’s neck. I desperately want him to be OK because we’re just getting to know each other. I want to stop figuring the cost per pound of all of this veterinary care.
Right now? We’re at about $190 per pound of dachshund.
Foxie Doxie knows something is up and refuses to leave my side. He’s gonna have to figure something out, as I’m about to go get in the bathtub. Yes, you can sleep in my bed and lick my face. But I draw the line at sharing a bath. 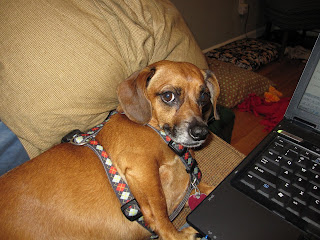 Why my blog is anonymous.

When the world never seems to be living up to your dreams.